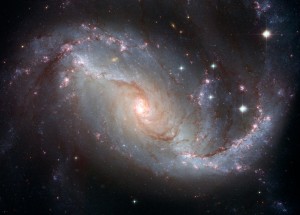 These chapters of Part 3 lay the measurement unit groundwork which goes hand-in-hand with the numerical work that was done in Part 1. Here analyses, both conceptual and specific, are given for the underlying basis for the system of units that were used with the mathematical-geometric values developed in Part 1.

An important note is in order here. The author apologizes in advance for the length and density of the chapters / reports in this Part 3 of the overall book. This material, the detailed blow-by-blow investigation and analysis of measurement systems was forced upon the author by certain very vicious and nasty physicists. In numerous communication encounters the author was beaten about the head and shoulders with the constant harangue, “What if the length of the meter was different”? The probability that the correlations / equations discovered for the 5 elementary physical properties of the leptons and photons, discussed in Part 1, of being 5 chances in 1013720 of being accidental and meaningless was not good enough for them.

So the author took up the challenge to prove that the results of the mathematical-geometric calculus and differential geometries used there were indeed measurement system independent. These next six reports are a defense of his work. They cost 4 1/2 years of the author’s life. As can be imagined, the author isn’t too happy either about the knit pick-i-ness which was unfortunately necessary to keep angry particle and hypothetical physicists at bay.

Likewise the author got tired of kindly and friendly physicists, who were just trying to be helpful, always making the same suggestions and recommendations that the measured masses of the leptons should be ratioed together. Or equally that the equations for the individual electron, muon, and tau which took 12 1/2 years to discover should be ratioed together as a means to throw away with their measurement units and make them into little sterile unitless blobs. Why would the author destroy 12 1/2 of work just to satisfy some paranoiac fear of measurement units? One of the major objectives of Chapter 3.1, the entire Section 3, became to again defend this work from such fear based ideas of how to proceed.

Chapter 3.1 Measurement Units & Scales General Introduction
This report introduces the concept of the absolute necessity of using measurement units with all numerical values. Among several other topics, this report discusses the conceptual or definitional differences between relative, absolute, and universal measurement units. Admittedly this chapter is long. This is because of the almost complete lack of teaching and discussion of measurement units in grade schools, high schools, and even at college levels in the United States. Much information needs to be filled in on this subject.

This report begins at the very beginning of mathematics, science, and engineering. The use of numbers is taught in elementary school. The concept and use of measurement units which rightfully go with numbers appears to be sadly lacking, neglected, misunderstood, or even treated with distain by some technical persons. There are several facets related to units of measure which need to be clarified and even emphasized before further discussions of analyses of measurement systems are reached later in this Part of these collected reports.

First the utter necessity of having measurement units associated with numbers cannot be denied. There cannot be a meaningful discussion involving any enumeration, quantity, or quality without measurement units. Specifically in this report ratios are thoroughly discussed, since the making of a ratio is the means by which many persons attempt to “do away with” units. The concept of the applicability and scope of all units of measure are examined. Definitions can be made of whether a unit is of a relative nature, is absolute, or universal in scope. The zeroing of the lower reference of a scale for a unit of measurement is emphasized as not being that which makes the unit absolute. Rather whether the scale reveals something about the inherent structure of the topic of discussion is what makes of a scale absolute or not. The construction of scales is discussed and how to rigorously map a value, a position on one scale, to another scale for linear scales. What is left out of and forgotten by all the shortcut unit conversion formulas and tables is again brought to light. Finally the topic of dimensions is touched upon and what various groups of technical persons mean by this word “unit” or “measurement unit”.

Chapter 3.2 Absolute Measurement Systems – Example Of Usage
This report gives a short demonstration using the gas laws of the use of absolute scaled values. Some of the final results of this demonstration carry implications for the measurement unit system work done in the later chapters of this Part 3.

This work of course is to investigate the mathematical-geometric aspects of both the leptons and photons. These wave forms (particles) need to be considered from a view which includes both the numerical and units aspects needed to make complete equations. A beginning is made here by demonstrating a side-by-side example of the use of absolute measurement systems from two well known and understood set of scales. For this purpose relative measurement units and absolute units are used from the American Industrial, AI, and metric SI sets of scales.

Chapter 3.3 Measurement Systems Bases
This report introduces the measurement unit system basis that is used in this work. Thorough analyses are made of the conceptual definitional and mathematical bases of the human scientific metric system of scales. Implications are explored of the flaws or limitations built into these relative measurement units, because absolute physics scales are based and build upon them. Admittedly this chapter is long. This is because of the incredibly tangled web that science and in particular physics has made of the mathematical and conceptual bases underlying the SI set of relative scales. Picking thru this maze requires much thought and explanations.

First in Section 2 for comparative purposes there is a brief review several historical attempts at “natural” or absolute systems of scales. Discussions are presented as to what are some the underlying conceptual assumptions and weaknesses of these historical absolute scales. Then the system of scales which are used in this work is introduced. These are the absolute physics Squigs Scales. In Section 3 explanations are given about why the various choices were made for this absolute physics scale system and why the other pre-existing absolute scale systems were rejected.

In Section 4 a very important topic related to the absolute scale systems is examined. This is the distinction between the number of underlying bases and the number of parameters or units that a measurement expression might have.

In Section 5 the hidden bases underlying the historical relative or common SI set of scales are delved into. Several underlying arbitrary Terran human definitional fiats and geometric assumptions are seen to de facto cross link several of the supposedly independent scales for length, time, mass and static electrical charge, (L, T, M, and Q). Sections 6-8 summarize the effects that these unseen bases have for both the relative SI scales and any absolute scale systems which derive from them.

Chapter 3.4 Analysis Of Measurement systems I
This report begins an analysis of absolute physics scale grids. The human absolute physics Squigs scales used in this work along with their underlying relative metric scales are compared in a side-by-side fashion with a completely fictitious set of parallel relative Samanthan Feline scales and absolute Samanthan Purrfect scales. Admittedly this chapter is long. This is because the construction, proper use, and detailed analyses of absolute physics scales appear to not be taught at all to university level engineering and science students in the United States. So much needs to be presented and learned on this topic.

With these scales the verification of three elementary physics constants is begun. These constants were first developed in the lepton and photon reports from mathematical-geometrical considerations. The verification here is from an approach which is completely independent from the mathematical-geometric developments used earlier. The analysis of measurement systems is used here. This is done in a in a side-by-side manner for each of the two absolute scale systems that have been laid out. These mathematical-geometric constants which are not unitless can be stated as having conceptual meta units. Because these constants have general parametric units associated with them, their numerical values are measurement system independent. A journey is started to demonstrate how these particular constants are universal and in the case of one constant this journey is finished. The completion of this objective for the other two constants of concern needs to be held over until Analyses of Measurement Systems III.

Chapter 3.5 Analysis Of Measurement systems II
This report continues the analysis of absolute scales and grid systems, and the work towards demonstrating the numerical universality or measurement system independence of the two conversion constants or scaled parameter connectors used in Part 1 of this work:

These are first pass attempts and they serve the purpose of highlighting some further issues of correct ways to proceed in this and any future similar such efforts. Ultimately after having learned all the necessary correct procedural steps, the conclusion is forced that there is still something awry with the efforts here in Analyses of Measurement Systems II with respect to these two constants.

What is found is that the ultimate objective of proving the universality of these constants is valid and equally the efforts and procedures which have been used are correct. Ultimately a conclusion is reached that there is something incompatible between the human unit systems and the Samanthan unit systems as they are defined in Chapter 3.4.

Chapter 3.6 Analysis Of Measurement systems III
This report completes the analysis of measurement systems to show the universality of the numerical constants used in Part 1. This is done in a very rapid manner, once the issue is exposed of the compatibility or lack thereof between different measurement scale systems.

Different categories of measurement systems are examined to see how they affect the particle physics research of this work. This report also highlights the ultimate broader applicability of this work to the mathematical physics of other intelligent species.

In Analyses of Measurement Systems I, side-by-side sets of relative and absolute scale or measurement systems were developed. These systems were thoroughly examined and much was learned about their nature and correct and incorrect usages. The relatively simple demonstration of the numerical universality or measurement system independence of the photon constant 1 / (2α) = 68,517,994,75 (ML)(L/T)_absolute was given there. This constant for the photon was clearly and unequivocally demonstrated to carry the absolute conceptual or meta units (ML)(L/T).

In Analyses of Measurement Systems II, few final critical insights were learned about how to approach two of the necessary parameter connectors, mathematical-geometric constants which were developed in the lepton report. But regardless of how the procedural efforts were changed or the view of working with these two constants

their independence from specific measurement systems could not be demonstrated satisfactorily. That is to the extent and in the manner as would be liked by any engineer or scientist. Ultimately a re-examination of the entire analytical setup and the assumptions underlying the demonstrations was needed.

PART 3 List Of Contents
Please note the below listings do NOT transfer the reader to the indicated location in this Part of the book. The PDF file must be downloaded. The listings are just to indicate the depth of material contained in this book.