Registered visitors may download the entire Appendices of the book at the Btm Of Page
Total 63 — 8 1/2 x 11 PDF pages, 1.75 MB with astronomical pages 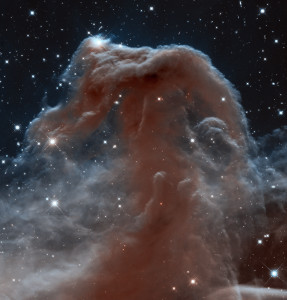 The objective of this appendix-report is to give a brief orientation on the topics of discussion, LEPTONS and PHOTONS, found in the other core reports of this body of work. What are these “objects” and how do they fit in with other scientific information of modern technological societies?

The research presented in the other reports of this overall work was pre-screened by persons with technical, scientific, and engineering backgrounds. While these people clearly had the necessary intellectual where-with-all and also had great knowledge concerning their own particular fields of specialty, most were only vaguely familiar with the terminology used in particle or subatomic physics. Occasionally after reading these reports and apparently easily following the mathematics and analyses there, several of them asked, “What is a lepton”? Oops, such a question makes reading these research reports a bit disconcerting, if someone doesn’t know what the subject of the discussions is. This particle physics primer is presented so that technical persons who are not familiar with the current realm of subatomic physics can follow the presentations in these reports with more ease.

Appendix 2 The Nature Of Time And Space

The vast topics of time-duration and space-distance need to be considered, at least briefly. These are such incredible broad and interesting topics that they deserve a book in their own right. Unfortunately only a short space can be devoted to them here.

Time and space are the two quantities which humans understand or at least pretend that they do. The quantities of mass, charge, and color belong to the realm of the particles. Human scientists are perpetually trying to translate these physical properties and their corresponding forces into the human conceptual world realm. Before this can be done correctly, though, humans need to more thoroughly examine and understand their own conceptual realms of time and space.

Immediately though there arises difficulties with even this task. Humans have many different conceptual views of time and space. Several of these diverse views may be of a benefit in understanding the core body of this work, the reports on the mathematical-geometric structures of the leptons and the photons. Several views on time and space can help set a broader framework or contextual field in which the mathematics and geometry of the particles can be set. The laying out of these views verbally can help show that some of the new discoveries about the particle waveforms, particularly concerning their relationships with time, are in fact in keeping with what humans intuitively hold to be true anyhow.

This appendix-report is somewhat of a compendium. Some of the many conceptual views are discussed at least briefly that humans hold about time and space and the engineering-scientific-mathematical usages these continuums.

The reasons are simple. In basic algebra books when students are introduced to graphing, the independent variable is called X, the first variable and axis of the discussion. The dependent variable is represented by Y and the second axis and variable of discussion. Trigonometric angles are introduced by drawing an angle θ out away from this first axis X of discussion. Polar coordinates, 2 dimensional radial-angular coordinates, follow this same convention, simply renaming the X axis to be the polar line. When 3 dimensions are introduced Z is created as the third variable and axis of discussion. When shifting to spherical coordinates, 3 dimensional radial-angular coordinates, the second necessary angle is referred to this third Z axis or variable or discussion. An angle φ is dropped down, declined, from the traditional vertical axis to become angle 2. In 3 dimensions one has the first angle referred to the first rectilinear axis and the second angle referred to the third rectilinear axis. The second axis of discussion is left out as an angular reference. This declination system had legitimate historical roots in the navigation of sailing ships, but as seen has created a long enduring mathematical anomaly. This system caps off the discussion and cannot be extended into more than 3 dimensions.

This appendix-report discussed a possible means of creating such a generalized coordinate system. A system of n-dimensional radial-angular coordinates which can be generalized any time that more dimensions are needed is that of expansion coordinates. That is because this system starts from the “inside” and builds outward. It starts from the already known or given axis of discussion and works toward any new ones added. This system never refers to the most recent axis added, and never caps off the discussion. By not referring to the last axis added, this system allows that maybe it won’t be the last, that maybe more dimensions could be added later if needed.

Cylindrical figures were first discussed in Part 1 Chapter 1.1, the lepton paper. There the groundwork was laid for the application or use of some of the vector properties of these mathematical forms in explaining the origin of the value of the elementary charge of the leptons, e = 1.602,177,33 x 10–19C. The purpose of this appendix is to rigorously develop some of the results used in Chapter 1.1, Sections 3 and 4.1. In this appendix-report in Sections 3 and 4, a step-by-step derivation of the two vector quantities curvature к and torsion τ is given.

Much of the work in the lepton paper bases off of properties of the generalized cylindrical figure.

In particular the derivation of, and final mathematical formulas for, the curvature к and the torsion τ start with this form. The importance of these two differential geometry quantities, both for the specific case of the cylindrical helix and for the generalized figure, are that;
1 Both quantities are free from or independent of the original transcendental trigonometric functions.
2 Both are independent of the original functions of F(t) and G(t).
3 Both are independent of the free standing original implicit variable t.
4 As such both are numerical constants.
5 Both by their calculational definitions are scalar quantities and not still vectors. They are free from the unit vectors i, j, k.

High school and college chemistry books typically introduce the periodic chart, by discussing the electron shells around the atomic nucleus. Usually simplistic derivations are given there and much more detailed ones given in university quantum mechanic texts covering the same topic. All these derivations start with a grand sweeping equation, a wave equation, Schrodinger’s equation, a Hamiltonian operator, or some other such presentation. These equations typically involve a mix of a radial and several angular variables. The objective of much work in such derivations is to separate these variables, so that ultimately other isolated equations can be developed which explain or model the nature of each variable.

This appendix-report presents the step-by-step routine for the separation of the radial and all the angular variables from each other, those variables as might be found in a multi dimensional wave equation modeling a system of a known geometry.

Appendix 6 General Mathematical Properties of Negative Exponential Forms
This appendix-report is a compendium of mathematical information related to the properties of the negative exponentials, the distance function, and various squared and cubed forms.

Chapter 2.3 discusses possible possible mathematical approaches towards finding the mathematical descriptions for the masses of the quarks. There in Section 3 the probable appearance of the as yet unknown Radial Contractive Spatial Factor, Rcsf, as a negative second order exponential form is detailed. In this appendix more information is given as a reference for such future work for many of the negative exponential forms and other related mathematical functions.

Top Of Page
PART 1 List Of Contents
Please note the below listings do NOT transfer the reader to the indicated location in this Part of the book. The PDF file must be downloaded. The listings are just to indicate the depth of material contained in this book.