THE RESULTS OF THE MATHEMATICAL PHYSICS RESEARCH CONCERNING THE ELEMENTARY ELECTROMAGNETIC WAVE FORMS THE LEPTONS , PHOTONS, QUARKS
AND THE TERNARY FORCE INTERACTION CONSTANT 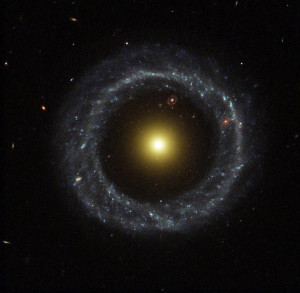 These reports of Part 1 contain the core findings of the mathematical physics research work of Jim Fisher which was begun on July 4 1991 and continued almost nonstop for the next 21 years. This research work focused on discovering mathematical descriptions for many of the essential measured physical properties of the elementary electromagnetic waveforms, the leptons and the photons. These elementary waveforms stabilize both gravitational and electromagnetic energy which are interpreted by humans as mass and charge respectively. In addition to the efforts focusing on these stabilized or encapsulated energy quantities, this work was also extended to investigating the interactive relationship between the three measured free space forces; gravitational, electrical, and magnetic, as they assemble to create both of these electromagnetic particle classes.

Now adding to this original 21 years of work, starting in August 2016 efforts were begun to investigate the possibility of matching the ± 2/3 and ± 1/3 charge of the quarks with the fixed curvature of certain vector curves in 4 dimensional space. This add-on to the original project continued thru 18 June 2019.

Technical Summary And Overview
This report gives a synopsis of the scientific and technical aspects of the entire project. This includes what is presented in these reports, the historical efforts, approach taken, differences from the work of academia, general outcome, specific findings, research results, and the importance of the work for the future of subatomic particle physics. This material is also shown on its own website page, see Book Menu.

Chapter 1.1 A Model For Determining Physical Properties I: Properties Of Leptons
This report demonstrates a mathematical model for calculating the elementary charge of the leptons and for the masses of all three of the known leptons.

Abstract
Equations have been found which explain some of the physical properties of the leptons, to a decimal accuracy matching that of their measurement. These equations set logical patterns and can be explained in terms of easy to understand three dimensional geometric pictures. This mathematical model is not derived from any hypothesis but was developed from a data correlative approach. It contains several new mathematical constants. Anyone familiar with the quantum mechanical description of the hydrogen electron shells can easily use these analogous equations to derive the masses of the three leptons; the electron e with me = 9.109,389,7 x 10-31 kg, the muon µ with mµ= 1.883,532,7 x 10-28kg, and the tau τ with mτ = 3.167,88 x 10-27kg. Additionally, the charge of the leptons, e = 1.602,177,33 x 10-19C, can now be understood as arising from the curvature of certain energy structures for these particles, when formulated in terms of vectors. The model also predicts that an overlooked fourth member of the lepton family with a net positive mass is mathematically possible.

Chapter 1.2 A Model For Determining Physical Properties II: Properties Of Photons
Demonstrates a continuation of the mathematical model for calculating physical property information for all the elementary electromagnetic waveforms in a very analogous manner, for both the leptons and the photons alike.

Abstract
The mathematical forms which describe the structures of all the basic electromagnetic waveforms, “particles”, leptons and photons alike, are discussed in this report. Specifically, an equation is presented which explains the value of the Planck constant h, 6.626,075,5 x 10-34 (kgm)(m/s). This equation has a general form very similar to those which were discovered that predict the masses of the leptons. From a mathematical view, only a few modifications are required to go from the leptons to the photons and vice versa. The form of this photon equation contrasted with the general form of the lepton equations points toward explanations of the notable physical property differences between the photons and the leptons, e.g. the photons have no mass, display no charge, and have a spin different from the leptons, et cetera. The nature of this photon equation and the geometry that it represents has several profound implications for cosmology and particle physics.

Chapter 1.3 A Model For Determining Physical Properties III: Charge Of The Quarks
This report demonstrates a mathematical model relating the ± 2/3 and ± 1/3 charge of the quarks to the fixed curvature of specific 4 dimensional curved vector forms.

Abstract
A differential geometry formula has been found which correctly describes or corresponds with the ±2/3 and ±1/3 charge of the quarks. This formulation extends the previous work discussed in Chapters 1.1 and 1.2 that showed how the ± 1 charge of the leptons could be explained as arising from the curvature of certain mathematical vectors traveling in 3 dimensional space or R3. This current work describes how the charge of the quarks is directly related to the fixed curvature of of certain geometric vector curves in 4 dimensional space or R4, by three calculational routes, a red solution and partner blue and green solutions.

Abstract
An equation has been discovered which explains the universal Ternary Force Interaction Constant, (G/εo)0.5/μo = 2.184,555,091 x 10+6 (C/kg relative)(L/T absolute)2. Previous work discovered equations which described the mass densities of the leptons and the (ML)(L/T) for the photons in terms of G, εo, and μo. The equation found for the interaction amongst the three basic forces uses two of the same generic mathematical forms found with these elementary electromagnetic wave forms. Two of the equation’s specific factors are identical, unchanged factors straight from these classes of wave forms. The resulting value calculated from this equation matches the decimal accuracy of the least accurately measured force constant, G. This value and the definitive mathematical-geometric explanations, with their links to the elementary electromagnetic wave form, are far superior to any hypothesis to date which attempts to specify the inter-relation of the three basic forces gravitational, electrical, and magnetic.

PART 1 List Of Contents
Please note the below listings do NOT transfer the reader to the indicated location in this Part of the book. The PDF file must be downloaded. The listings are just to indicate the depth of material contained in this book.